as Speaker of the House of Commons 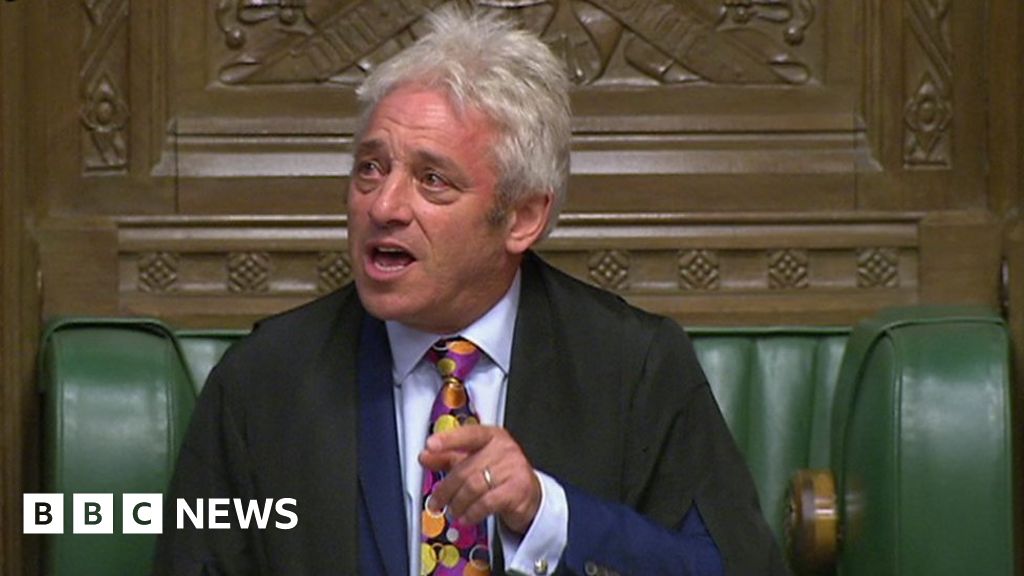 John Bercow became famous around the globe with his signature shout of “ORDERRRR!” in British Parliament.
He’s equally famous for his quotes and one-liners. This resignation speech yesterday is a wonderful example of British eloquence.

Here’s the video and the full transcript :

I would like to make a personal statement to the House.

At the 2017 election, I promised my wife and children that it would be my last. This is a pledge that I intend to keep.

If the House votes tonight for an early general election, my tenure as Speaker and MP will end when this Parliament ends. If the House does not so vote, I have concluded that the least disruptive and most democratic course of action would be for me to stand down at the close of business on Thursday, October 31.

Least disruptive because that date will fall shortly after the votes on the Queen’s Speech expected on 21st and 22nd October. The week or so after that may be quite lively and it would be best to have an experienced figure in the chair for that short period.

Most democratic, because it will mean that a ballot is held when all members have some knowledge of the candidates. This is far preferable to a contest at the beginning of a parliament, when new MPs will not be similarly informed and may find themselves vulnerable to undue institutional influence.

We would not want anyone to be whipped senseless, would we? Throughout my time as speaker, I have sought to increase the relative authority of this legislature for which I will make absolutely no apology to anyone, anywhere, at any time. To deploy a perhaps dangerous phrase: I have also sought to be the backbenchers’ backstop.

I could not do so without the support of a small but superb team in Speakers’ House. The wider House staff, my Buckingham constituents and above all, my wife Sally and our three children, Oliver, Freddie and Jemima.

From the bottom of my heart, I thank them all profusely. I could also not have served without the repeated support of this House and its members past and present.

This is a wonderful place filled overwhelmingly by people who are motivated by their notion of the national interest, by their perception of the public good and by their duty not as delegates, but as representatives to do what they believe is right for our country. We degrade this parliament at our peril. I have served as a member of parliament for 22 years and for the last ten as speaker.

This has been – let me put it explicitly – the greatest privilege, an honour of my professional life for which I will be eternally grateful. I wish my successor in the chair the very best fortune in standing up for the rights of all honourable and right honourable members, individually and for parliament institutionally.

As the Speaker of the House of Commons. Thank you.

Advertisers can display relevant advertisements on other websites or in other apps based on advertising cookies for the website or app user.

Analytical cookies ensure that the visit to the website is made transparent to the website owner by analyzing the behavior of visitors and their origin. They are used to measure the performance of a website and to optimize it.